To make it easier for our level designers to place out objects i this that that randomizes between desired values on  selected object rotation and scale. 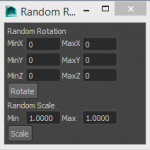 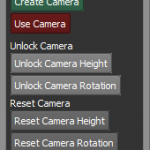 A couple of weeks into the project we discovered that all of our props in the game were ten times larger then they were supposed to. So I created a tool that changed the scale of selected objects with just a click of a button.

The artists asked for a quick way to deform surfaces. So I created this tool that moves selected vertices. The user can decide exactly how much the vertices should move by putting in min and max values in X,Y and Z in the userface. 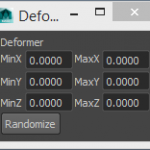 Tools for Waste of Space

This was my first game project as a technical artist. My tasks were often to create tools but I also took part in creating the effects for the game. These are some of the tools that I created with Kasra Kalami to improve the process of making Waste of Space. To view the game click here

We had a lot of problems with textures not having the correct paths in maya. It became rather annoying to fill in the correct paths for each texture for each object. So we created this tool that is easy to use when repathing of textures is needed. All the user has to do is select the shader and then select the folder that the textures are located in and click repath.

A quick and exact way of scaling and moving UVs. Much needed due to the modular workflow used in the production of the game.

The tool eliminates the risk of not following the naming convention set for the game.

The tool can quickly hide and show desired objects in the scene. This was done by selecting objects by their their names. 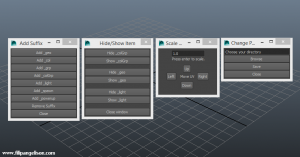 This is a tool that makes it easier for the user to keep an eye on their objects and find objects that either has way too many tris or way to few.

The user can also add an annotation above all objects which will display the number of tris that the object has.